“Do not regret growing older, it is a privilege denied to many.” – Unknown

My mother, Mary, and aunt, Martha, both died in their thirties of breast cancer caused by our inherited mutated BRCA1 gene.  My mother was just shy of her 40th birthday.  It is believed that my grandmother, Doris, also passed away from breast cancer.  I learned recently that she died in 1965 at age 41.  I never met her.  She died almost 9 years before I was born.

When I was first diagnosed with triple-negative breast cancer (“TNBC”) last year, I knew then that it was also the type of breast cancer my mother died of.  I knew mine was a TNBC even before my breast surgeon confirmed it.  This means it is estrogen receptor, progesterone receptor and HER2/neu negative (ER-/PR-/HER2-).   I just remember during my biopsy my surgeon saying something about its characteristics, and me saying, “that sounds like a triple-negative, doesn’t it?”  and her saying, “yes, it could be.”  Prior to my diagnosis, I’d read articles that research shows a good majority of women with BRCA1 mutations present with TNBC; and, in the end my mother’s cancer had spread to her brain, also a classic sign of a TNBC.  Often TNBCs spread to the brain or lungs.  TNBC is more aggressive and hits younger women, as it did me, my mother, my aunt and my grandmother.

I was diagnosed with a 7 mm stage 1a, grade 3 (fast-growing), invasive ductal carcinoma, TNBC in my right breast at age 39.  The age my mother was when she died of it.  I had my 40th birthday on March 19, 2014.  I was lucky in knowing my family history and taking action early on.  I’ve been monitored closely for years and after testing positive for a mutation, screening happened every 6 months.  My cancer was caught at a very early stage.  I’ll never be totally out of the woods though.  Bizarrely, it seems a little scarier now.  TNBC is known to have more microscopic cells that can be found in distant sites of the body later, and not all cells can be removed with surgery.  Although I’ve now taken the most aggressive approach, they don’t really have sufficient ways to continue to screen you or a desire to continue exposing you to the radiation that comes with screening.  However, I guess the point is to now go live your life and not harp on the what-ifs any longer!

I was at my father’s house yesterday looking through old papers and found six or seven dusty photo albums full of old photographs.  These images of my mother and aunt are some of the photos I came across.  They capture both my mother’s and aunt’s sweet-natured beauty.  The baby is my older brother, Ryan. 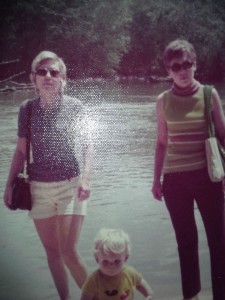 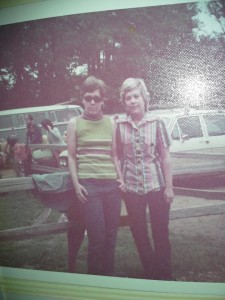 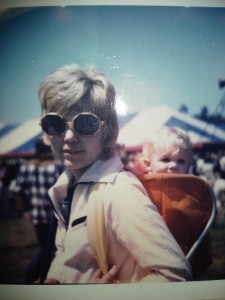 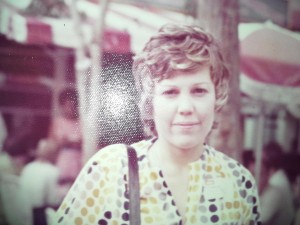 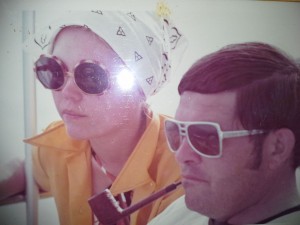 2 thoughts on “A Tribute to my Mother, Aunt and Grandmother”